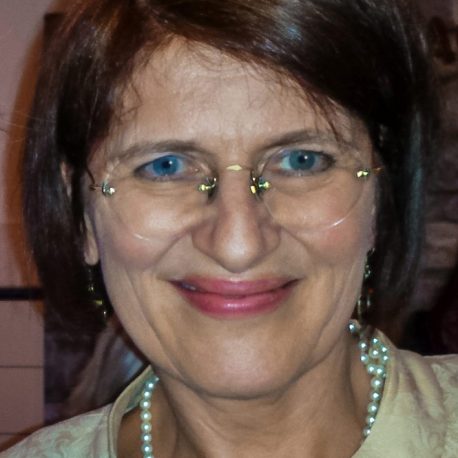 Birgit Menzel is a professor for Slavic Literature and Culture at the University of Mainz in Germersheim, where she teaches at the largest Faculty for Translation and Interpretation in Europe. She has published 10 books (2 monographs and co-edited 8 collected volumes) on 20th and 21st century Russian Culture, including: Russian Literary Criticism in the Perestroika (in German and Russian), Late and Post Soviet Popular Literature (incl. Science fiction), The New Age of Russia. Occult and Esoteric Dimensions (both in English), 2012, Russian Translation Studies Today, 2013; Russian Germans as a Case of Ethnic Remigration, 2014, and Russia and/as Eurasia. Cultural Configurations (2018) (in German).