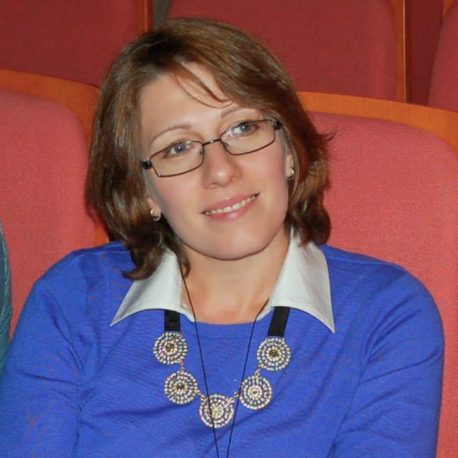 Freelance conference interpreter and translator (Russian-English) with over 20 years of experience in the Russian and international markets. Throughout her career, she has worked for a number of government structures, international organizations and private companies. Her client list includes UNOG, ILO, WHO, FAO, IAEA, Nordic Council of Ministers, Russian Constitutional Court, Central Bank of Russia, U.S. Department of Energy, European Commission, European Parliament, Intel, Master Card, GlaxoSmithKline and many others. She also has considerable experience in diplomatic interpreting, having worked with many high-level political leaders.

A teacher’s daughter, Ekaterina Shutova has a passion for growing young professionals. Throughout her career she has shared her time between practicing her trade and passing it on to young interpreters, first at the Institute of Foreign Languages and then at the St. Petersburg School of Conference Interpreting and Translation, where she teaches consecutive and simultaneous interpreting and Interpretation as a Profession.

Ekaterina Shutova obtained her first degree in translation and interpretation from St. Petersburg State University in 1996. Five years later she continued her professional education, obtaining a Master’s degree in the same field from Monterey Institute of International Studies in 2002. In 2011 she completed an advance training course in conference interpreting at the European Commission.