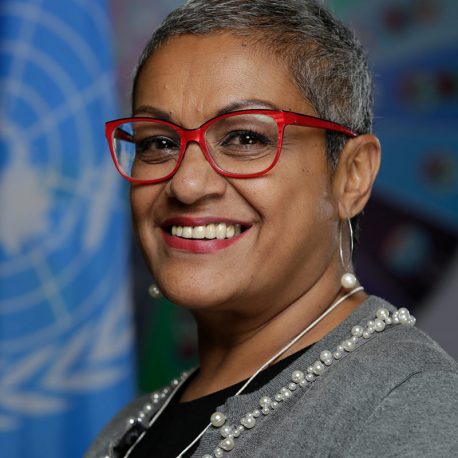 Chief of the Division of Conference Services at the United Nations Office at Nairobi.  She graduated from the Leningrad Institute of Culture, in Library Science in 1982.  She joined the United Nations in 1983 and worked for two specialized agencies in Nairobi (UN-Habitat and UN-Environment) before moving to New York in 2001, where she worked at the Department for General Assembly and Conference Management as the Chief of Documents Management coordinating the production of all official documents and publications.  In 2009, she transferred to Geneva, where she was Officer-in-charge of the Central Planning and Coordination Section within the Division of Conference Management.  She has been the United Nations Coordinator of major meetings held abroad, among others, the Climate Change Conferences in Copenhagen and Paris.